The Laboratory of Systems Engineering and Robotics (LASER) was created in 2013 and approved by the members of the Board of the Informatics Center of the Federal University of Paraíba (UFPB), thus becoming part of the Department of Computer Systems. Its creation proposal was launched through its current coordinators: Drº Alisson Brito and Drº Tiago Nascimento. In 2018, the laboratory expanded its area of ​​operation, responsible for the areas of Logistics, Transport, and Optimization. In addition, the LASER lab has become a point of presence for technology companies seeking cutting-edge applied research and the training of human resources. Always with practical projects and with a look at the industry, services, entrepreneurship, and training of human resources. 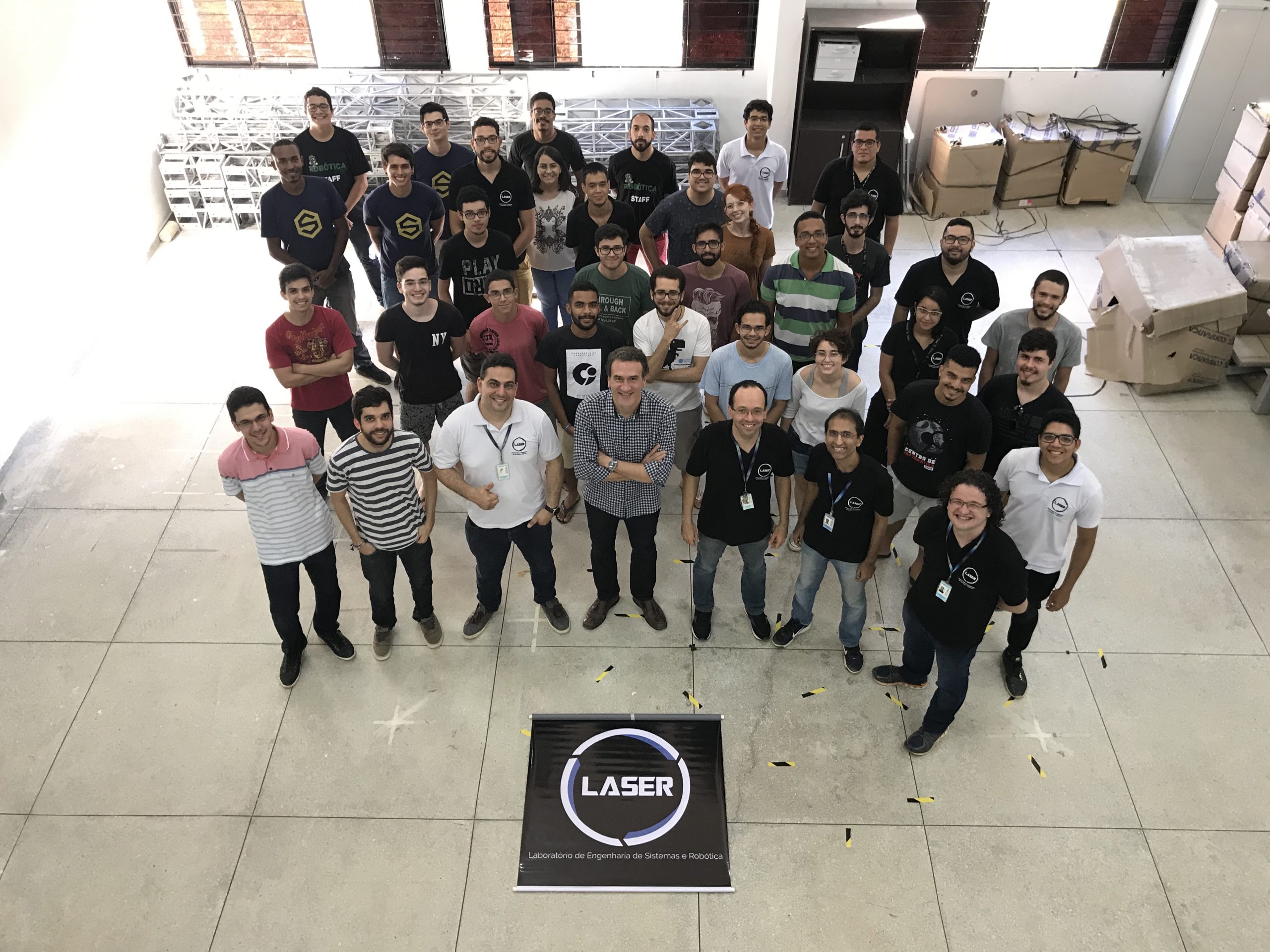 Our
Infrastructure
LASER has the collaboration of more than 50 young researchers, including doctors, master's and undergraduate students, all members of the GPSR (Robotic Systems Research Group) who are interconnected with researchers from collaborating universities in Brazil (UFF, UFBA, UFCG, and UFRN) and the world (University of Porto, Karlsruhe Institute of Technology, Politecnico di Milano, Unimore, Czech Technical University in Prague), bringing the current global technological trends in the field of Artificial Intelligence, Optimization, Embedded Systems, and Robotic Systems. The laboratory has a physical space of approximately 1,000 m2, including an area of ​​approximately 400 m2 only for tests with UAVs and mobile robots in closed environments. In addition to the physical space, LaSER develops its own model of Fixed Wing UAV, having several aircraft currently available, it also has TurtleBots robots acquired by the CAPES Pró-Equipamentos 2013 program, as well as several quadcopters. LASER manufactures its own Robots like the LASER UAV and L-1BR, the first fully national picking robot.
Previous Next
Our
Lines of Research